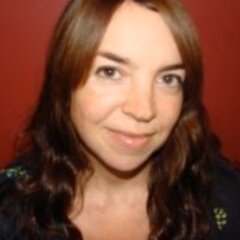 Naomi Alexander is the founder and Artistic Director of Brighton People’s Theatre (BPT). Over the last 20 years she has made work in parks and schools, pubs and working men’s clubs and occasionally, in theatres. She always co-creates work with non-professional artists.

Over the last few years Naomi has grown BPT from kitchen table start up in 2015 to become an Associate Company with both the Brighton Dome and Festival and the Attenborough Centre for the Creative Arts. Both organisations are partnering with BPT for its new programme of work across 2019. She chairs the steering groups of local residents in Hangleton and East Brighton, working closely with them and community development teams to co-produce Your Place with the Brighton Festival. She is the Co-Chair of the Rethinking Our Place strand of the City Councils’ Cultural Framework and leads on developing year round work in Hangleton and East Brighton.

Previously her career has bridged both theatre and community development. She has worked for a range of organisations including Battersea Arts Centre, Old Vic New Voices, Locality and Comic Relief. She is a Fellow of the Birkbeck Centre of Contemporary Theatre and a member of Battersea Arts Centre’s Co-Creating Change Network.

Naomi also works as an Independent Producer and is currently collaborating with Louise to develop a cultural strategy for Crawley Borough Council and working on Mystic Joe created by Joe McAllister.

In January we will launch the 2019 workshop programme.