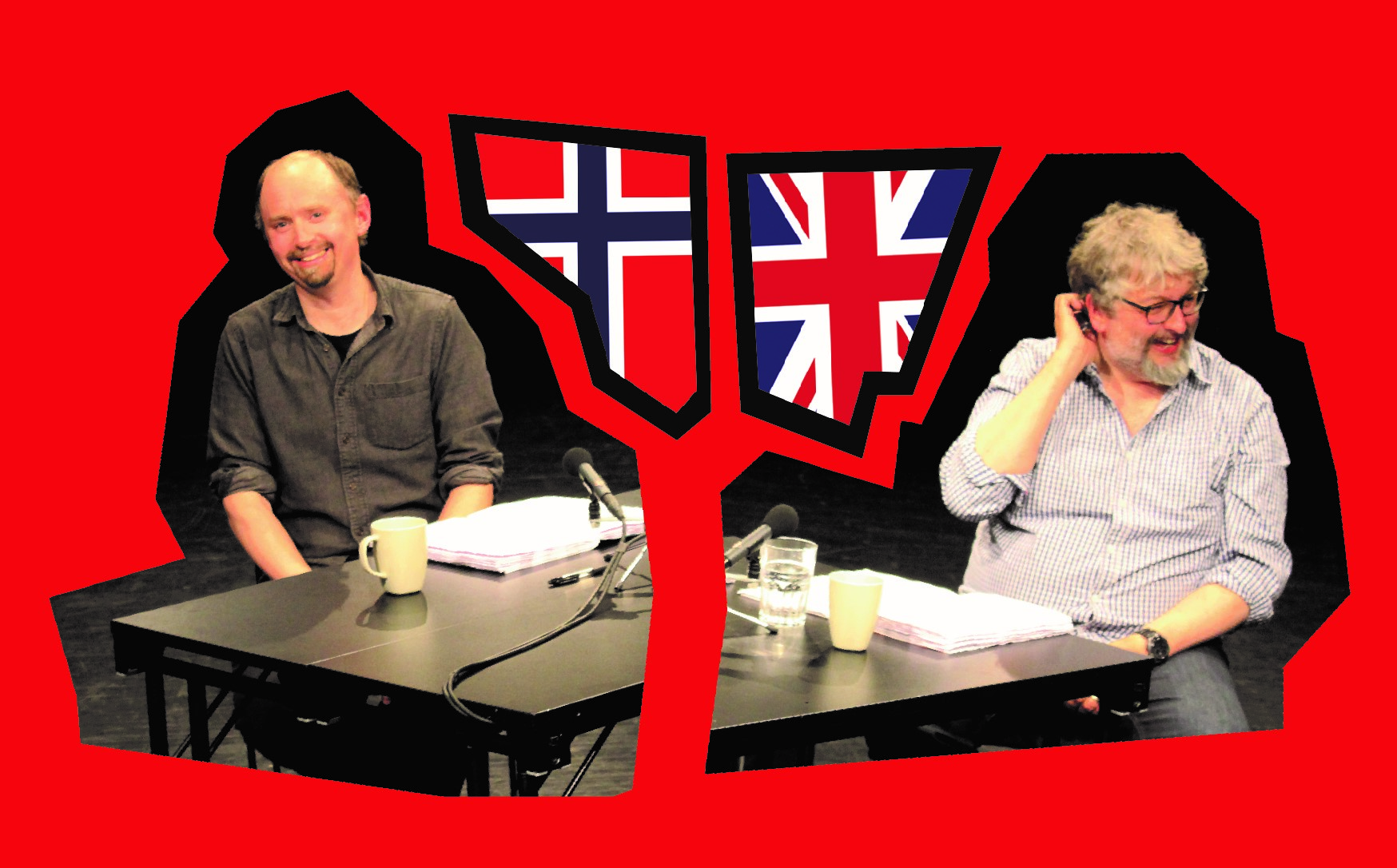 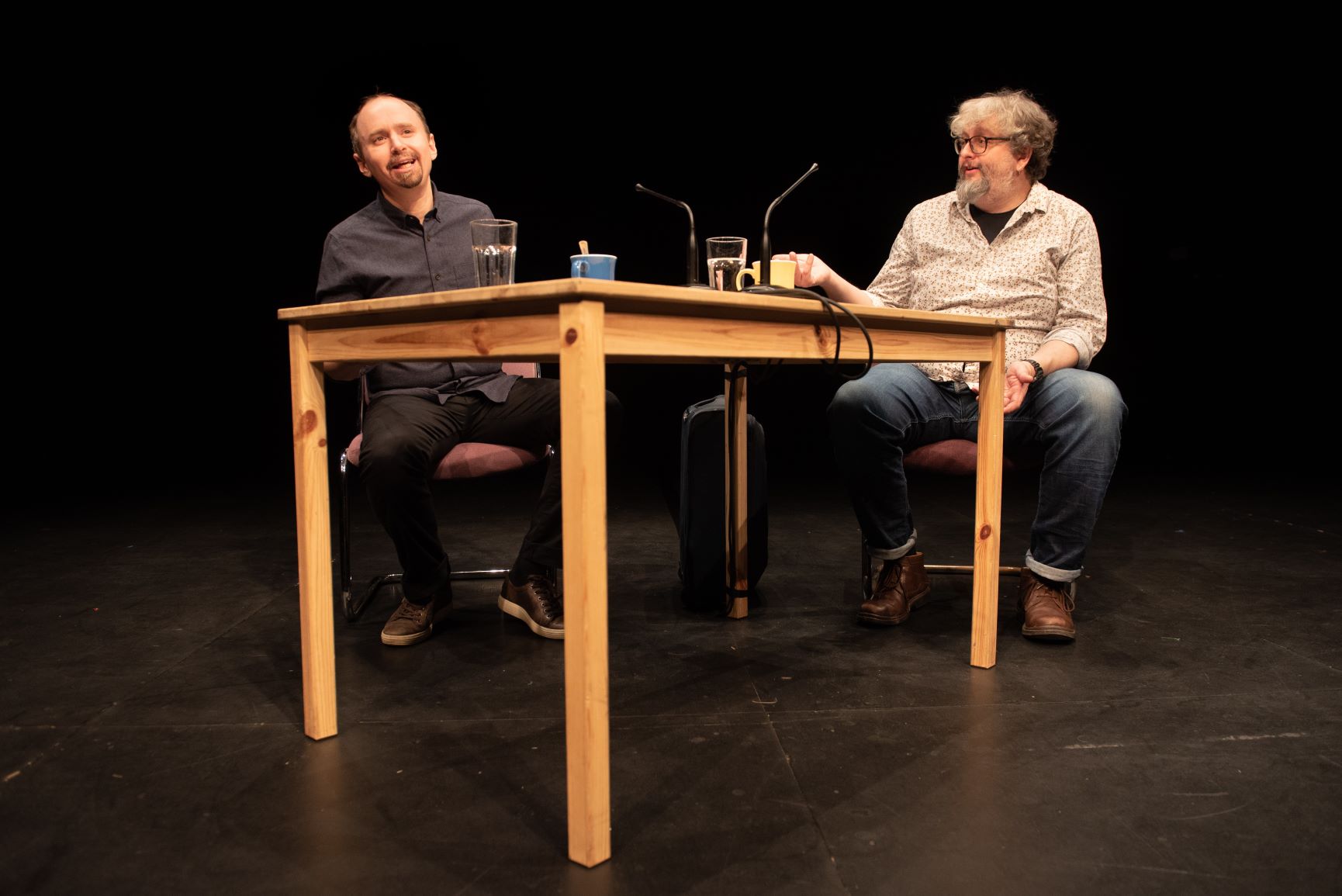 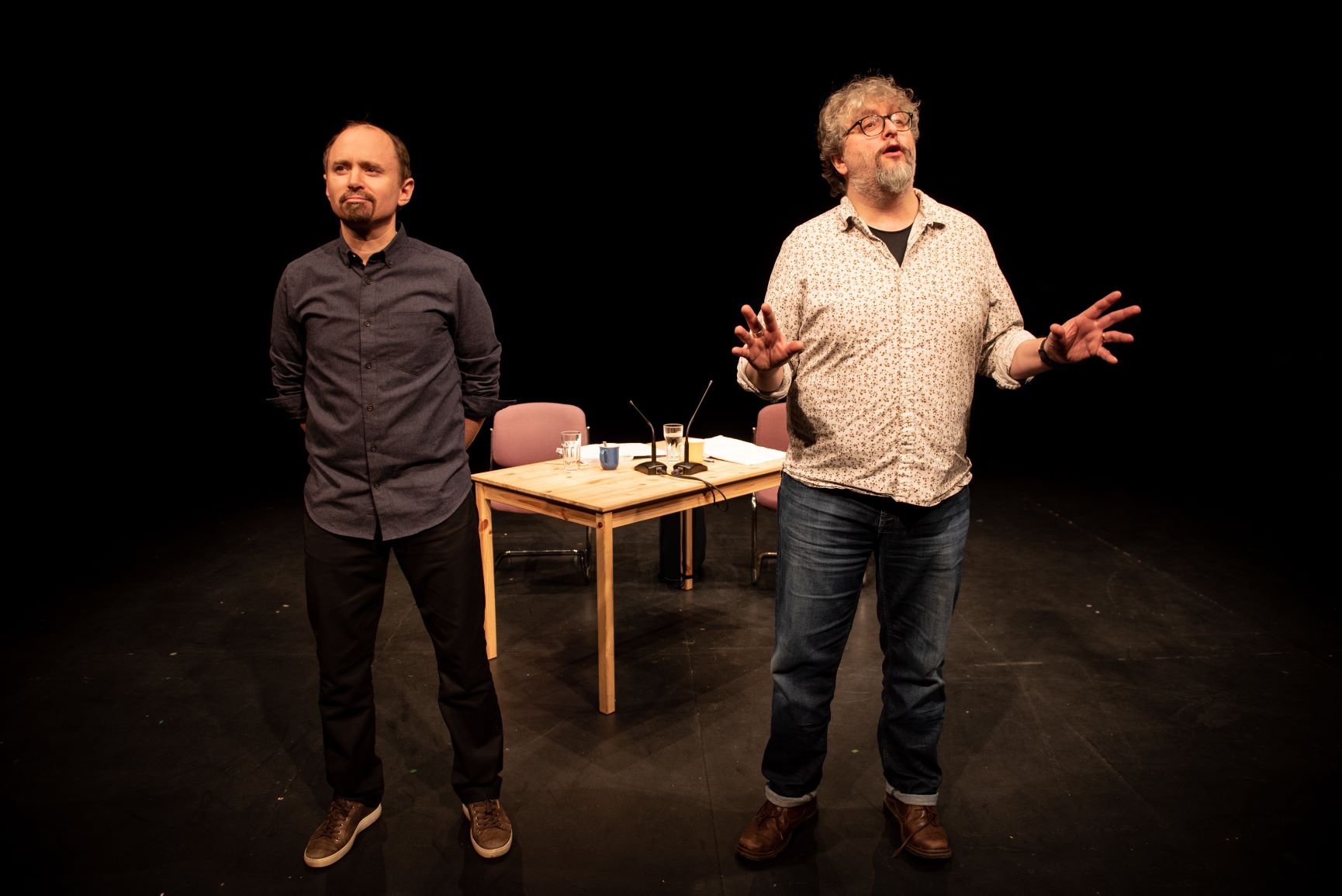 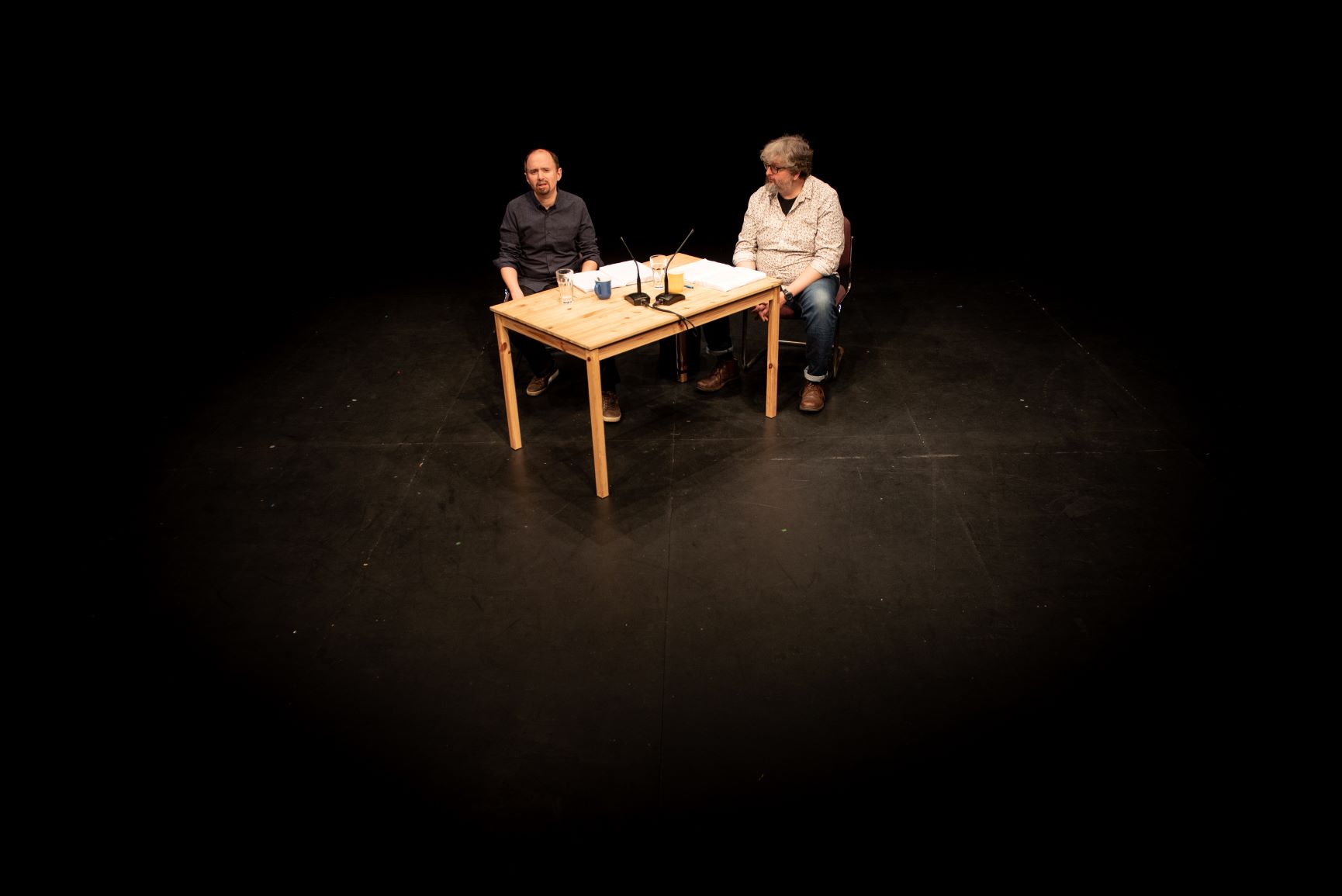 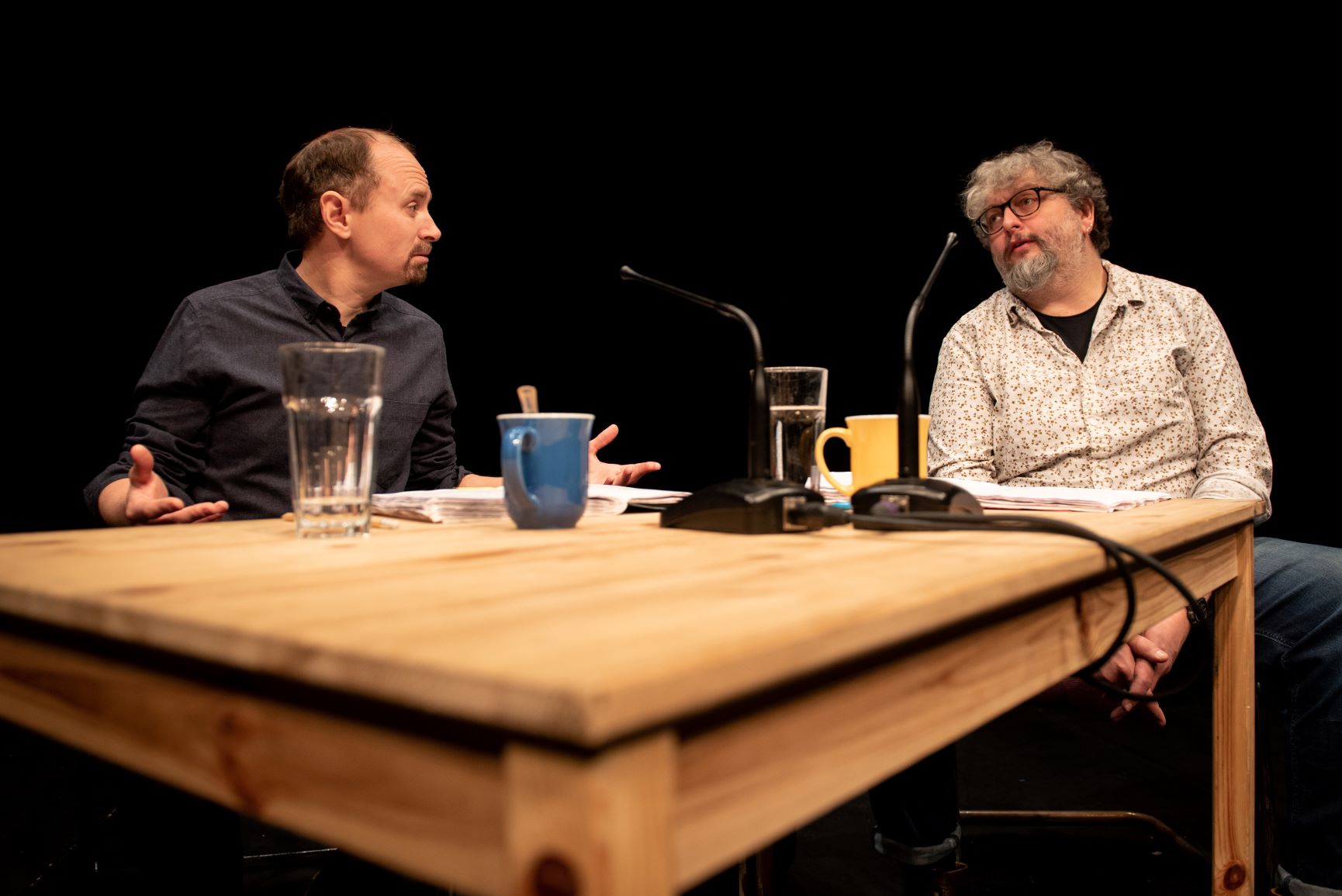 The future is cancelled. We are stuck with reality. The UK is leaving the EU. Donald Trump is leader of the free world. Facebook is telling us which way to vote. The 8 richest people in the world own as much as 3.5 billion others. We need to move forward.

Commonism is a meeting of two people from different countries in search of some common ground. It’s a performed conversation – a dialogue that asks questions about nationality, internationality, theatre and politics. Join two award-winning theatre makers – the UK’s Andy Smith and Norway’s Amund Sjølie Sveen, as they discuss who they are, who we are and where we are going.

The interplay between its minimal theatricality and a sincere commitment to actual shared presence and collective potential, it guilefully interrogates its limitations, politically and performatively.

‘…the most directly political and active piece of theatre I have ever engaged with and there is something quite radical about that.’ Exeunt. Full review here.

Another good review here from The Boar.

Come and see if we can find some Commonism.

We are sorry to say that we have had to cancel our March 2020 tour of COMMONISM. Please contact the venues directly to talk about your tickets, if you have booked. Also, if you want us to send you a copy of the COMMONISM manifesto, which we give to each audience member at the end of the show, then send me an email: louise@louiseb.co.uk. You can download our cancellation statement from 17 March 2020 Cancellation statement COMMONISM 17 March.